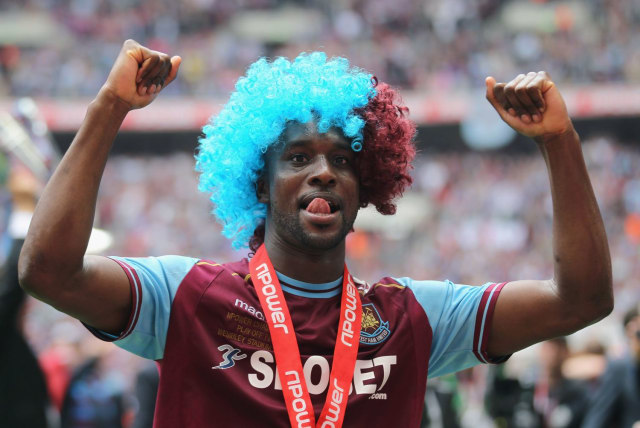 Icons come in all shapes and sizes. As you would probably expect, I’m sat at my computer writing this article – but what you probably wouldn’t have anticipated is that perched next to my PC is a signed photo of Shaka Hislop. Our ill-fated run to the FA Cup Final in 2006 is one of my earliest memories as a West Ham fan, I remember watching the Middlesbrough tie at the bowling alley in Romford, and for that reason alone Shaka Hislop became somewhat of an idol to the young ‘keeper that I once was.

The point of that preamble is that idols, icons and legends come in different forms. You don’t have to be the best footballer on the field to be adored by the fans, and by the same measure you don’t have to be the worst player on the pitch to be vilified by those same supporters. Carlton Cole was probably not a world class talent by any measure, but he’ll probably go down as one of our Club’s icons of this era – for better or for worse. After sixteen years in the professional game, Cole announced his retirement last month – ending a career that had seen him represent his country, play for clubs from three different continents and become our top Premier League goal scorer of all time.

Carlton Cole was always a marmite figure across his two spells at the club. The man to my left at Upton Park was his biggest critic, while the lady to my right would scream his name as though he had just won us the World Cup. Personally, Carlton Cole is one of my favorite players to have worn the shirt during my lifetime – he would invariably give his all, he absolutely understood what it meant to play for West Ham and he did score a string of very important goals for the Club. If you look at the list of our all-time leading goal scorers the only two players to have scored more goals in claret and blue than Cole did for the Club since 1990 are Tony Cottee and Trevor Morley. Even if you’re not a Cole-ite you’ve surely got to applaud the fact that he is our 16th highest goal scorer of all time.

Looking back at happier times, a goal from Cole would never be too far away. Remember that night when we beat Manchester United 4-0 in what was the Carling Cup at the time? It was snowing… and Cole scored a brace. How about the Play-Off Final against Blackpool in 2012? Our first goal was netted by Cole, while Vaz Te’s winner was essentially set-up by the big man. You might be able to recall a fairly scrappy 1-0 win over Wigan at the DW in 2009? If not, check out this goal…

Carlton Cole won’t go down as the best player in West Ham United history. He probably won’t ever be honoured with a mural outside of the London Stadium. I find it fairly unlikely that anyone outside of east London would subconsciously finish the line “always believe in” with “Carlton Cole” rather than “your soul”.

But who cares? Because Carlton Cole worked his socks off for our team, he took a pay-cut to stay with the club when most other players would have run a million miles and he was a big part in making our trip to Wembley a memorable one.

Love him or hate him, I hope you will join me in wishing Cole all the best for the future – wherever that may take him. – Luke James | @LukeJames_32