Any Magic left in the FA Cup? 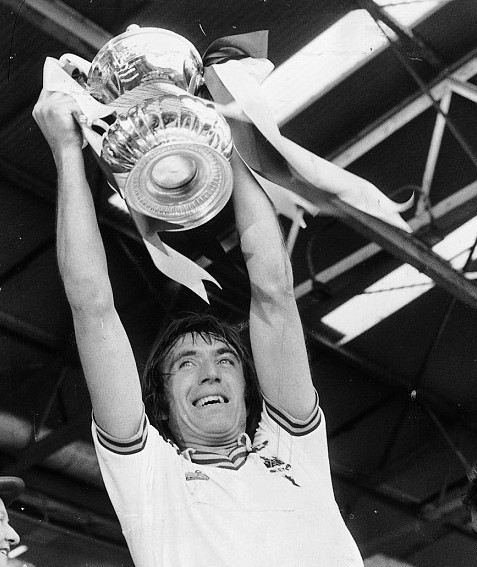 We got away with it at Shrewsbury, will we be any better in the replay or is there no interest from the Manager & Players and even a number of supporters in the FA Cup anymore.

As a 48 year old West Ham fan I will probably look at the FA Cup in a different way to a younger West Ham fan.

When I think back over my lifetime of supporting West Ham, some of my best memories involve the cups and in particular the FA Cup.

The FA Cup should be important to any age group of West Ham fans.

Regardless of all the promises of ‘next level’ and competing for top honours from the current board, as a West Ham fan it is unlikely that we will get any success outside of cup competitions.

Without the cups what are we looking for as recognition for our yearly support?

Middle of the table security in the Premier League with a few wins against rivals on the way.

But why does that have to come as an alternative to taking cup competitions seriously?

A good cup run can increase confidence and bring a club together. Something we really could do with this season.

When is the right time for taking the cup seriously?

Well as a West Ham fan, that time will very rarely happen if you look for reasons why you don’t.

I can understand Managers treating the cup with contempt as the only measure of their success seems to be how long they can stay in their job which is generally related to leagues position. But for fans surely, we want to look back with great memories of the past when we actually won something. I’m of the age when I did see West Ham win something and it will stick with me all my life.

So some memories of why it is important to me, some are cup runs and some are individual games

I was the age of 6 and one of the oldest memories I have in any real detail was my team winning. Would I have been a West Ham fan anyway? Yes – as I had no choice in my family and brought up in Plaistow & Custom House but a good way to start my support.

What a team we had, playing in the second level of English Football with top quality international players. My favourite team of any era w fanith the best keeper we have ever had in Phil Parkes, Brooking, Bonds, Devonshire, Ray Stewart the penalty king, David Cross, Alvin Martin.

If you want to understand the West Ham way, watch some of the footage of this team.

Semi Final– after going to a replay against Everton, I wasn’t allowed to go to the game and at a time when there wasn’t any real live games until the final I had to settle for trying to get the score by using the radio. This wasn’t as easy as it sounds as the radio in our house was classed as a Bok for listening to football by my Dad.

What a way to win, Lampard with a diving header in the last minute of extra time and running round the corner flag in all his excitement. The Final – All West Ham fans understand the importance of the 1980 win.

Still the last non top flight team to win the FA Cup. Will this ever happen again?

Massive underdogs beating, Arsenal who were in the final for the 3rd time on the trot.

And the last time we won anything!

But at the time as a 11 year old, my team had won the cup twice in 5 years, how simple this was. Surely the next win was just around the corner.

Not a memory you would think would be a highlight with Tony Gale being sent off to totally ruin the match – Unless you were there!

I used my ‘Hackett is a C***’ car sticker for years after.

The best atmosphere and support I have ever seen for a West ham team – Billy Bonds Claret & Blue Army was sung not stop by all West Ham fans for the last 25 Minutes through Forest scorings a few times. Everyone must remember Di Canio scoring against Barthez and totally embarrassing his attempts to cheat.

After going to Cardiff the 2 previous years for play off finals, this felt like a bit of a bonus with no real pressure. There was a great party atmosphere in Cardiff city centre before what is regarded as one of the best finals ever. If only we had cleared the ball down the pitch to stop it being the Gerrard final.

Losing on penalties at the end with a team totally worn out and patched up to even get through the penalties. No West Ham fans left before our players got their losing medals and took their applause. You don’t see that happen anymore.

Watch the above games on YouTube and see if you agree why I still believe the FA Cup has magic waiting for us if we were to just take it seriously.

A couple of odd highlights since.

Managers have come and gone but it is becoming more normal for Managers to dismiss any Magic of the FA Cup for the immediate issues of League games.

If this doesn’t change then what will the memories be for younger fans when they get older?

Will this year be the year?

Well that will depend on how serious everyone takes the replay with Shrewsbury.

And then as the saying goes, take each game as it comes.