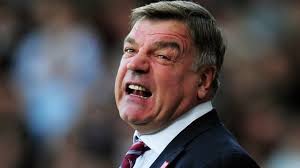 Big Sam and Moyes are consistently hit with the tag “football dinosaurs” and I couldn’t agree more. In fact I’m quick to hand out this label. However recent weeks have got me thinking. It is a painful though. One that really cuts me and I worry it’s true.

I’m going to head back to 1990. A young naive boy strolls to the chicken run with his old man for his first taste of a culture that would quickly embed itself. I was hooked. We weren’t the best but we had a style. An ethic that tried, sometimes appallingly, to play football the right way. To me, this was trying to win a game of football.

The years rolled on and this format continued. Win one week, lose the next. It was entertaining. It probably peaked with a fifth placed finish in the top flight with some amazing talent being watched.

Then it all seemed to come crashing down.

Roader, Pardew, Curbishly, Zola, Grant, Big Sam, Bilic and now Moyes. All have largely failed to deliver on this. Some tried (Zola) and some, in my opinion, got Lucky (Bilic having Payet).

We stopped playing every game trying to win. We began playing not to lose. Where’s the entertainment and fun in that? How is this going to grip a five year old like I was back in 1990?

I’m not saying I want us to win every game, every cup and the league. All I want is to see us try. Football is the beautiful game and should be played with a desire to win and entertain regardless of who you face. Yes there will be the odd bad day at the office but if we get beat trying, I’ll happily applaud and have that hunger of not knowing. Right now, I’m lost. Lost in a period of football where I don’t feel like it’s unpredictable or entertaining. So am I the football dinosaur? Should I be settling for this “Let’s hope to grab a point,” and “We can sneak a replay against a league 1 team today.”

The short answer is no. The short answer is Moyes is not the man for me. Keep us up playing this way, I won’t be thankful but, hopefully, relieved his time is over. I hope his kind are the dinosaurs fighting off extinction and not fans with a similar outlook to my own.