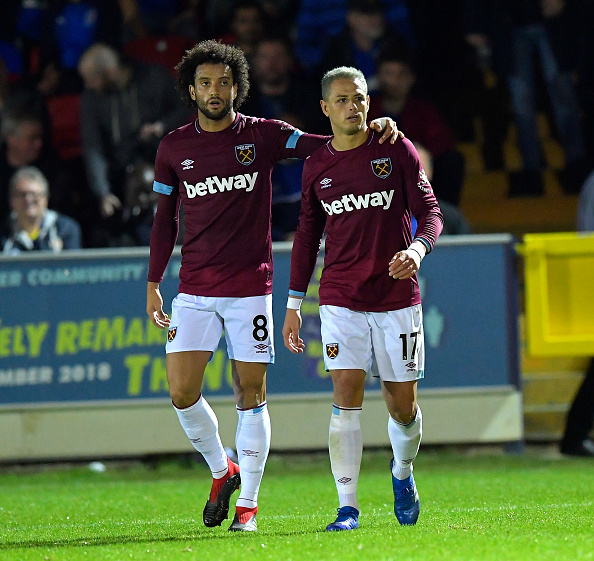 West Ham host Wolves at London Stadium on Saturday with both sides in search of their first Premier League win of the campaign.

Both sides enjoyed midweek wins in the Carabao Cup and will be looking to keep the ball rolling on Saturday.

Wolves endured a successful season in the Championship last year, winning the league with a total of 99 points.

Like the hosts, Wolves have recruited excellently over the summer transfer window. The additions of the likes of Joao Moutinho, Adama Traore and Rui Patricio have bolstered Nuno Santo’s squad and they believe they are capable of surviving this season. West Ham will know what difficulties this fixture could cause. A weight of expectation will surround London Stadium come Saturday, as it is a fixture most fans feel that three points can be gained from.

Manuel Pellegrini’s side will be aware of the dangers Wolves possess, in particular winger Helder Costa and midfielder Ruben Neves.

Marko Arnautovic looks set to be available for Pellegrini, but Mark Noble could miss out with a back problem. Andy Carroll, Winston Reid and Manuel Lanzini all remain side-lined for the Hammers.

Ivan Cavaleiro is the only noticeable absentee for the visitors.