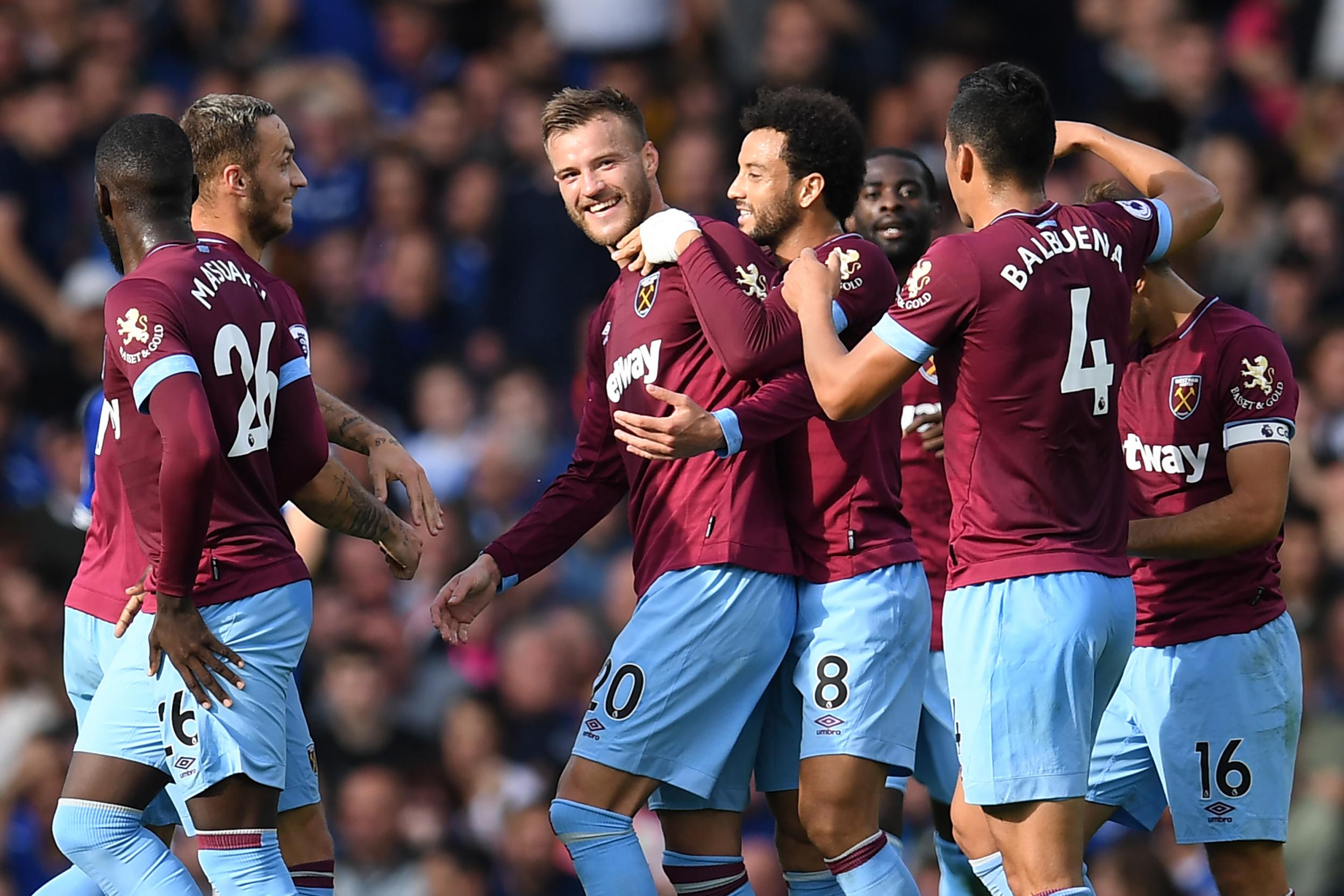 West Ham finally got their first win of the season, coming back from Goodison Park with all three points – a special treat for Manuel Pellegrini’s birthday.

The international break came at the perfect time for the Hammers, having lost their previous four encounters in the Premier League.

Pellegrini opted to make six changes for the trip to Goodison Park. The likes of Declan Rice, Mark Noble and Pedro Obiang all returned to midfield, with Andriy Yarmolenko making his first start in a claret and blue shirt.

The visitors took the lead after just 11 minutes. Some excellent one touch football between Obiang and Marko Arnautovic sent the latter through on goal, who squared to Yarmolenko to tap home from close range. The confidence soared through the West Ham side, who were playing like a team on top form.

Everton had a golden opportunity to equalise with 25 minutes on the clock, but Genk Tosun’s header from six yards fell straight into the hands of Lukasz Fabianski.

Pellegrini’s side found themselves 2-0 up with half an hour on the clock. An awful clearance from Pickford was intercepted by Noble, and Yarmolenko picked up the ball, cut inside from the right-hand side of the area and curled the ball past the Everton keeper. A fantastic goal from the Ukrainian.

However, just moments before the half-time whistle, the hosts grabbed a goal back. Everton captain Gylfi Sigurdsson’s header was too powerful for Fabianski and West Ham lead 2-1 at the break.

The Hammers came out in the second-half the same way they played in the first. They were calm in possession and playing some excellent football.

On 61 minutes, the Hammers moved into a commanding position. Obiang picked the ball up 35 yards from goal, made an excellent one-two with Arnautovic, who then played a delicate through ball to the Austrian who stroked the ball past Pickford to send the travelling fans crazy. 3-1 to the visitors. From then on in, it was pretty comfortable for Pellegrini’s side. The only real threat came from Oumar Niasse, who struck the bar with five minutes to go.

However, the Hammers held on to seal the victory and give Pellegrini three excellent points on his 65th birthday.

Special mentions must go Andriy Yarmolenko, who was fantastic on his first start, and 19-year old Declan Rice, who commanded and controlled the midfield for 90 minutes.

Rice showed just how important he is to this side, even at such a young age. He is a special talent, and I will be very surprised if he is not one of the first names on the team sheet for next week’s match against Chelsea.

The 3-1 win puts the Hammers up to 16th, while the defeat for the Toffees leaves them mid-table.