The Streakers who forgot to take off their clothes! – By Alf Gasparro 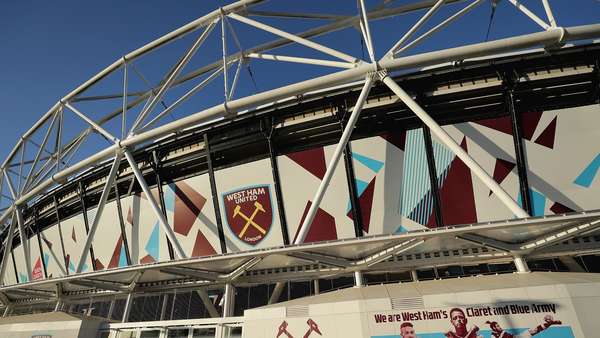 What a palava, what a shambles…what an absolute nightmare! That was the best description one could give the West Ham team performance on Saturday against the unfashionable and unlikely high flyers from Burnley. The sideshow at the game was not necessarily a reflection of how fans were being less than entertained but rather it was the summit of mountainous pain and suffering over the last two seasons at least.

Irrespective of personal opinion and division within the supporting fans who ventured to the game or who have gazed from afar, the problems within the club have reached a point where no-one can bury their heads in the sand or curl up in the foetal position, smother themselves with a pillow and cry themselves to sleep. This uprising of the scrappy pleb masses is a direct challenge to the emperors and their Gordian inheritors…this is the day when Romanes Enut Domus was graffitied on the imperial walls and the privileged are sent the final message to leave for good.

The malaise that has circulated for over two years has without doubt affected team performances, but is this a convenience that should not be so readily accepted by the fans and certainly not employed by the players as the crutch to rest upon?

The chronology of the West Ham demise can be traced back to the Icelandic consortium collapse, however the club have always had a history of not building upon successes and reinvesting in squad players to keep the wheels rolling forward. It happened after 1986 and it happened after 2006…and every year before, after and in-between. However the greatest shift has occurred since the current owners took over the reins and have failed to find the wherewithal to bombard the club with financial clout, to build upon successes and to invest in quantity that would satisfy their suggestions and would raise the game both on and off the field.

David Sullivan and David Gold along with the other board members have spearheaded the calamitous motion that has brought the club to its knees, not so much in financial terms as yet, but certainly in terms of team performances, match going experience and fan appreciation. The lack of ambition and committed activity in the transfer markets that would ultimately support long suffering managers has regrettably contributed to the shortfall in talent and the depth of squad that would be employed to cover rotation and injury issues…which have come home to roost on more than solitary occasions.

However, the current squad of players should at least be delivering much improved individual performances and as a team too. Much was said about fitness…which was improved somewhat when Moyes arrived, however the diminishing confidence, apathy and bruised egos are placing lead weights around footballing ankles and are being forced to run through treacle.

Players and management may look to the fans for support, however the fans must be able to feed on morsels and scraps too. It is a symbiotic relationship…they need the fans to support, cheer and rally from the stands, whilst the fans need the players to perform…which simply hasn’t occurred for a long time.

Time and time again fans will voice their bitter spirits but more often than not, they will accept when bested by better fellows but never when battered by more committed opponents. Regardless of whether players claim they are giving their all in every encounter, and I dare say they actually do believe that in themselves and are ‘trying’…the fact remains that this endeavour is rarely portrayed to the fans and certainly not by all of the players…all of the time.

When isolated and disgruntled fans ran onto the pitch during the game, regardless of how misguided their actions might have been…or indeed whether they held ulterior motives…the players froze whilst the Burnley players arose to steal the game in front of our eyes…and the West Ham players simply capitulated, wilted and their hearts died on the battleground…but not before Noble wrestled a fan and Collins barged another to the East stand touchline.

The poor start to the second half, Moyes not reacting with early substitutions as Dyche clearly did and ultimately conceding the first goal…was the catalyst to break the retaining walls to let all of the hurt, anger and dissension flood out…it was almost inevitable it would happen and the stewards were not ready nor capable to deal with the imposing problem.

There are quantum issues that face the football club right now and it would be another convenience to blame all ills on the fans who may have been seen in negative terms during the game. Already the mainstream media have latched onto this notion, condemning all that ensued but with typical fashion, very few journalists and media outlets have dug deep enough to see how crumbling foundations have caused the walls to come tumbling down. Should anyone condone the pitch invasion? Of course not! However, there should be no doubt what has been the yeast to give rising to moulded bread.

For those of middling years, the sight of fans running onto the field evoked memories of yesteryear…if only we could bare witness to another Erica Roe instead of the young dissenters who chose to protest emphatically and without matured reasoning, but were met with unwelcoming arms from the club captain, beckoning jeers and flying fists from the home front.

There might be reason to raise a smile if juvenile innocence was all to blame and our once footballing heroes could muster the energy the finally deliver with grace and poise. But we are all fallen angels and this hellish hour will not pass until restitution, recompense and rehabilitation is handed over.

Moyes has to rally the men once more and has to find another formation to get the team functioning. They must shed their sins and lower pointed fingers directed at fans! The players need to look deep inside and ask themselves, “What can we do to make this better?” It is not about playing fantasy football league now…this is about finding the strength to keep charging when all else fails.

They must never give up, never let their heads drop, encourage and berate each other to get the job done. This is what the fans expect now and this is what should have happened over the last two seasons. Each and every one of the players have suffered but have also suffered each other as fools too lightly…and it must not continue. Show the fans a purpose which they can latch onto, support and cheer. If the team go down fighting, then so be it! Of course the fans won’t like it but they’ll like it even less if the players just give up and resort to blaming fans who have loyally been there in person or in spirit since the dawn of West Ham time.

Every fan of this great club yearns for better days and for the team to pull it together and stay in the Premier league…but the players must acknowledge this and must fight to prove their worth. Nobody really wants to see the streakers who forgot to take off their clothes…so stand up and fight for the shirt, the club and most of all the fans.