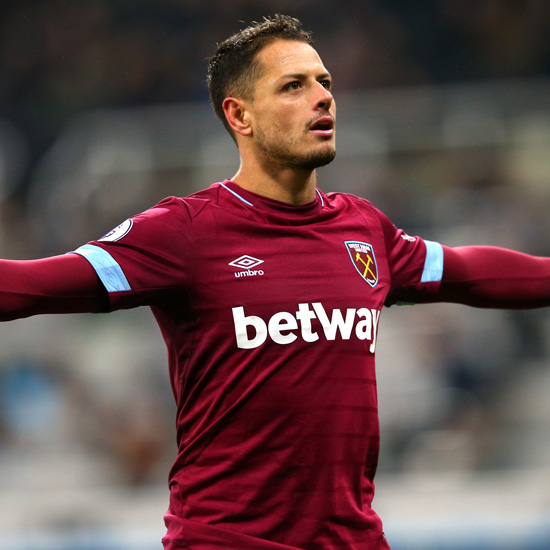 So with Arnautovic wanting to leave and Chicharito looking to leave coupled with Perez being Sold and Carroll released, we now have just one senior striker who is wanting to stay, Jordan Hugill.

The transfer window is well open and other clubs are doing business fairly quickly ahead of the season openers in around a months time.

Arnautovic is desperate to leave and the club don’t want him anymore so that is looking increasingly likely to happen in the next few days, Chicharito and the club have decided that it is best to move on however he is happy to play for the club this season should a move not happen, I really respect Him as he has always put in 100% for the club when he’s played so we should treat him with respect. Perez and Carroll have already gone and we now require 2-3 strikers for the new season, not ideal but not an impossible task, I think Hugill is set for a loan away or possibly a permanent deal. Who knows just yet?

Gomez and Rondon seem to be Pellegrini favoured strikers to sign however the Gomez deal has hit a snag with him being rumoured to favour a move to Valencia, The Rondon deal is likely to happen in the next few weeks.

Now with Gomez favouring Valencia would it be worth chasing other strikers? In my opinion yes, there’s plenty of talented strikers out there and some have massive potential to become world class, I would like to see Rondon in a West Ham shirt and I think we should have faith in Husillos, look at who he’s signed so far.

It remains to be seen as to what will happen now.