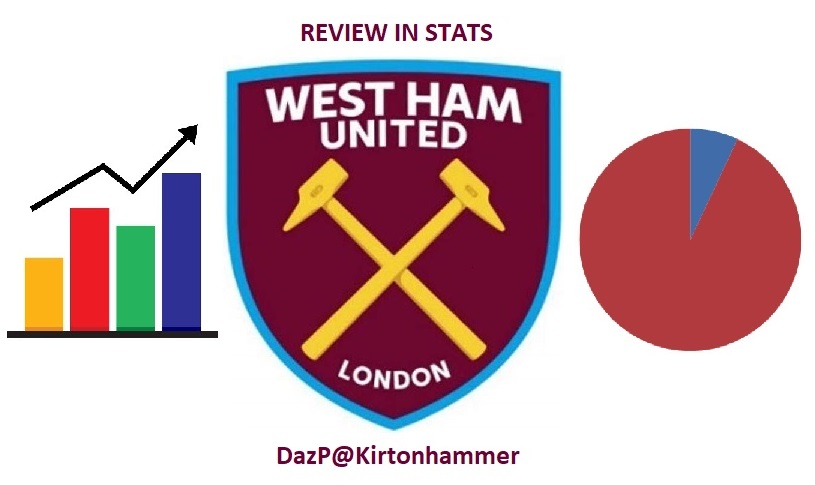 Some Views on Individual Stats

Masuaku – Added stats in defence and attack including 9 passes in the attacking 3rd as well as completing our most passes.

Balbuena – Getting better & better, again commanding in the box with 11 clearances

Diop – Not as good stats as his centre back partner but the two are a partnership. Fewer passes but very accurate.

Rice – Added good stats in front of the centre backs

Noble – His stats are changing, not so many passes but other stats are improving. Included 5 completed tackles.

Yarmolenko – Added quite a bit in attack, including 8 passes in final 3rd and created 2 chances

Anderson – Topped our attacking stats even though he was taken off at 74 min, not so good in defending stats this week

Antonio – Didn’t really add much to our stats although he did have our only shot on target.