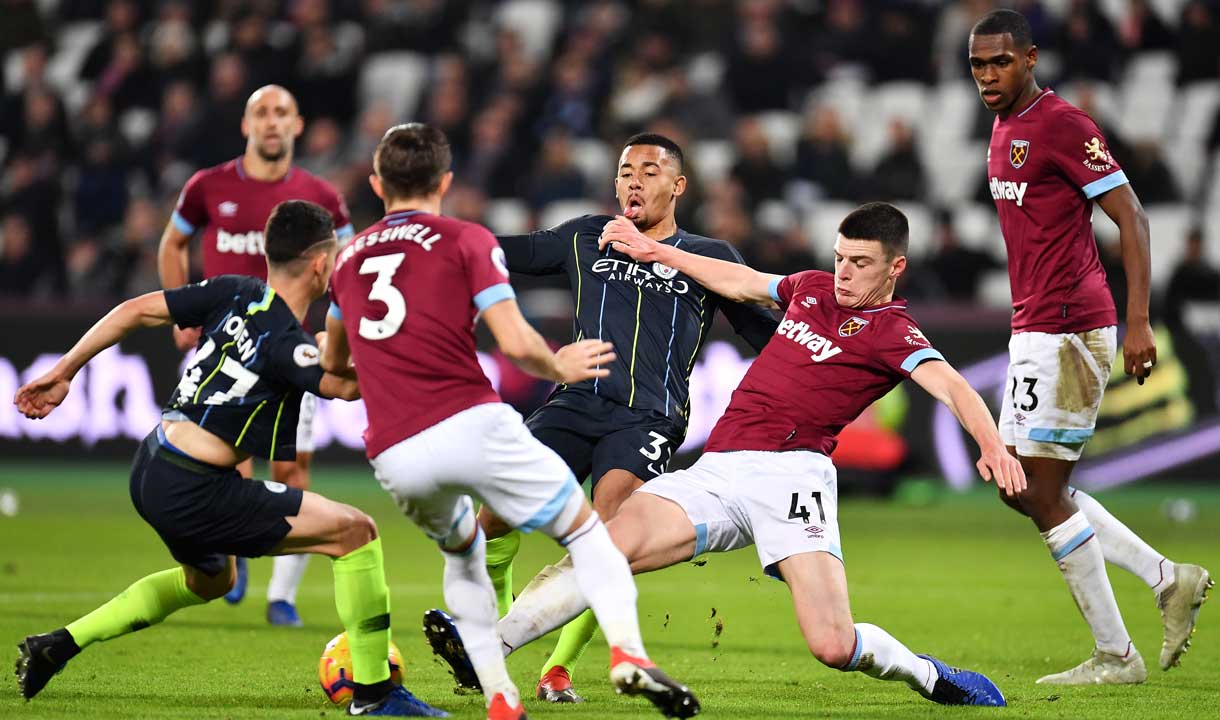 On paper when Manchester City and West Ham clash the result should be a comfortable win for current title holders City, however in this particular match things are looking more interesting, and Hammers could have the chance to steal some valuable points. FreeTips.com looks at the current state of things in more detail.

Until recently Pep Guardiola’s team looked set to sit comfortably at the top of the table and take the title for the second year in a row. However, after 27 matches Liverpool managed to sneak ahead, albeit just by one point at this stage pushing City back to second, which in itself is not a massive problem as there are enough games left to regain their lead. However, the Carabao Cup final on Sunday may have been a victory, but it saw an injury to two players who will now be benched for the upcoming match. Both Fernandinho and Aymeric Laporte ended the game with muscle injuries and will now not be fit to play. They join John Stones and Gabriel Jesus who are already out with injuries, taking the count to four players certain not to play. Benjamin Mendy is far from guaranteed as he has also been recovering but is said to be under assessment and might return. That is a lot of power missing from the City squad, and one assumes Manuel Pellegrini will be rubbing his hands in glee at the news.

Looking at the West Ham squad nothing has changed for them, no-one has been injured, and the team are fit to play as they have in the last few weeks. Currently, they are sitting tenth on the table level on points with Everton and won their last match against Fulham on Friday. This match saw the return to form of Manuel Lanzini, but with the long term knee issue being an ongoing concern the smart money is on him starting on the sub bench and not playing a full game. Fabian Balbuena and Winston Reid, both defenders are still not fit enough to return, but this is not a new situation. It is an away match for West Ham which in fairness swings the pendulum back in City’s favour, and they still remain the stronger side despite the missing players.

The home team should be buoyed by their winning the Carabao Cup, and they are known to have a cracking home record so they should be the easy winner still, with West Ham taking a long time to warm up at Fulham, something Guardiola will doubtless be hoping they do again this time. But this is not something that will make the City manager complacent for he holds the Hammers manager in high regards saying of his own time as the City manager, ‘Pellegrini did an incredible job. He won the Premier League with an outstanding amount of goals’. This also means that the home crowd will be pleased to see him as they have a lot of respect for the Chilean.