What to do about Cup Competitions? 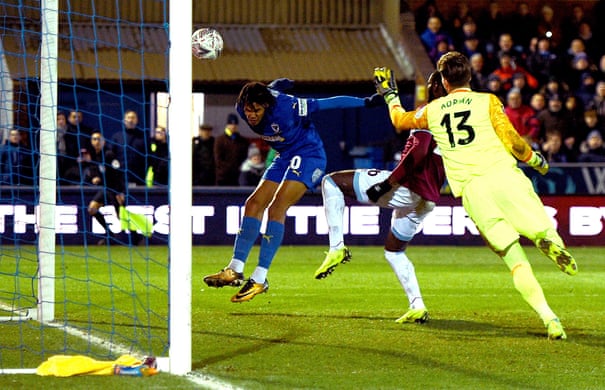 As a Hammers Chat fan, I’ve lost count of the amount of times I’ve heard Gonzo and Geo talk of their desire to win a cup… any cup, and that still appears to be the case. It would seem West Ham’s 2018 heroic Betway Cup victory wasn’t enough for them, it only whetted their appetite for more success. Tuesday’s Carabao Cup match against Newport County is the first step in healing the pain of losing out on the 2019 Betway Cup which now resides in a toilet somewhere in Bilbao.

So what should we do on Tuesday? Is it a matter of once bitten, twice shy after our humiliating loss to AFC Wimbledon in last seasons FA Cup or do we mark that off as a rarity and give youth a chance in an era of football where chances are few and far between? After all, Grady Diangana forced his way in to the first team set up by being given the opportunity to excel in the unforgettable 8-0 win against Macclesfield in the third round of last years League Cup.

Some believe we should always play a full strength team no matter which round. We should leave absolutely nothing to chance. We know full well we aren’t going to win the league, so the cups should be a priority! We saw last season that there was a open pathway to the FA Cup final and we didn’t take our chance, that surely can’t be allowed to happen again?! There are others who are still of the belief that it’s important to give fringe players games to keep them happy and interested and lets be honest, it is the only way we’ll ever get a chance to see our academy prospects in competitive action. A happy an involved squad will benefit us in the Premier League, that is our bread and butter.

I think I probably fall in to the latter category. I get really excited to finally see prospects like Nathan Holland and Conor Coventry play. We hear so much about them, we’re told how impressive they are in the youth set up, we start to ask the question, why are they not able to contribute to the first team particularly when in recent seasons, our fringe players haven’t had enough quality to make a difference? I also think that fringe players spending a whole season sat on the bench without any competitive action doesn’t help the club in moments of need. When we find ourselves turning to our second string and asking them to step up, they must be fit and engaged. We know from past experience that there will always come a time when we have to rely of those players.

It’s not a bad life being a ‘squad player’, getting paid tens of thousands a week to around. You’ll come in once a day to run around a bit and hang out with your mates. Maybe make a couple of videos where you talk about previous tweets or you and a mate do bants for the lulz. Ultimately though, football is fun and I think all professionals want an opportunity to shine. I hear some of them have egos.

I think that playing fringe players in early rounds of cup competitions is a necessity in the modern game, but it’s a concern. I have no worries that academy prospects will give their all in these matches, it’s their opportunity to turn the managers head. It may be the only opportunity they’ll ever get. It ‘s fringe players that concern me. Whatever team we put out against Wimbledon last season absolutely should have had enough to comfortably beat a side languishing at the bottom of the third tier of English football. I don’t think you’d find one West Ham fan on that night who thought the side Pellegrini chose was a risk. It was full of Premier League players, many of whom had been very involved with our league exploits. The unpalatable reality was that those fringe players didn’t care whether we won or lost that match and tried to coast their way through. Hopefully we’ve learned from that, hopefully we’ve shown the door to some players with the wrong attitude and recruited winners to replace them, but that’s something we’ll find out as the cups progress. Hopefully we’ll advance deep in to both cup competitions and have lots of opportunities to see all our players senior and youth excel.

I do wonder however if it might just be time to switch our thought process round a little bit. Play it safe in the cups and be a little more daring in league matches. Certainly from a youth perspective, would it be safer to play full strength teams in all cup rounds and rotate a little more in the league. I’ve often wondered how big a difference it would make to bring academy prospects in with 15 minutes to go in Premier League matches rather than those fringe players who never seem to do anything other than OK. I wonder whether Josh Cullen or Conor Coventry would have done significantly worse last season than Pedro Obiang? It’s something I’d like to see more of, although I fear I shouldn’t get my hopes up. The Premier League is too valuable to take risks it would seem. however I believe we are now in a comfortable enough position to be more daring and who knows. It just might pay off.