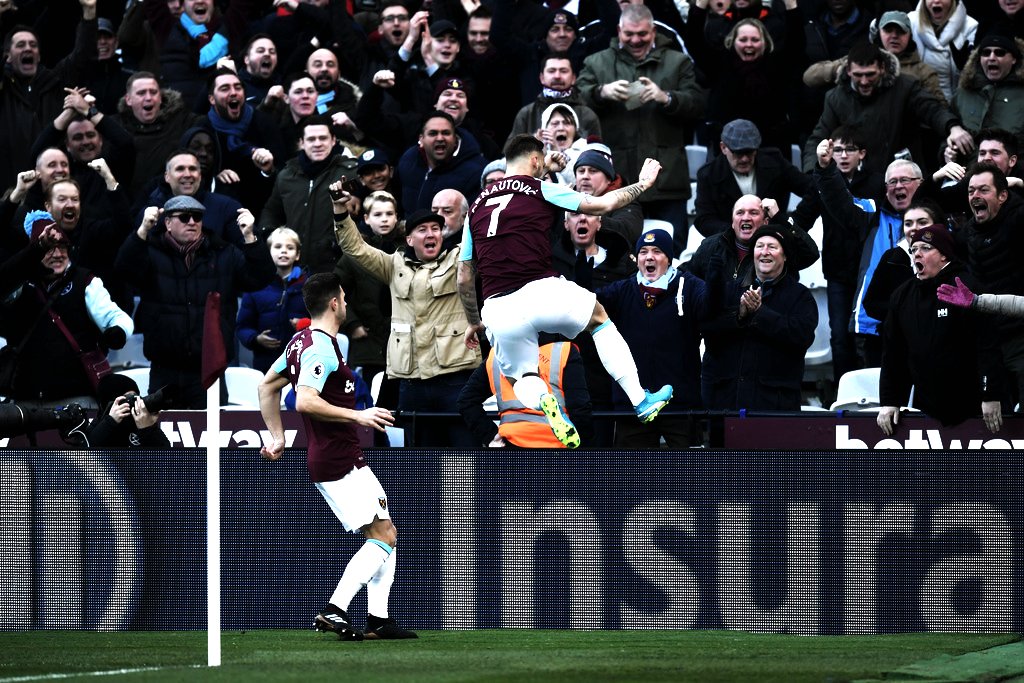 Chelsea’s title ambitions look all but over after West Ham gained their first win since September to send the Hammers fans into ecstasy.

The visitors made one change from their midweek draw against Atletico Madrid, while David Moyes made three changes, keeping Adrian between the sticks.

West Ham got off to the perfect start when summer signing Marko Arnautovic played a cute one-two with Manuel Lanzini, moving the ball onto his left foot and curling his effort past Thibaut Courtois to put the Hammers in front with six minutes on the clock.

From then on it was very clear on how David Moyes wanted to approach the game, sit back, keep it tight and break in numbers.

Despite having lots of possession, the visitors were limited to very few chances in the first-half, with Adrian tipping N’Golo Kante’s effort wide of the post to keep the home side ahead.

Davide Zappacosta then came close to levelling for the visitors, but his low-drilled effort was pushed away by Adrian.

The second-half followed the same pattern as the first, with the visitors having lots of the ball but not being able to capitalise.

West Ham remained determined to keep a clean sheet, the Hammers fans recognised this and the London Stadium was rocking.

Chelsea’s best chance of the game fell to Alvaro Morata with seven minutes left to play, but his snap-shot could only find the side netting.

Eden Hazard, who was kept quiet all afternoon by the home side, had a chance to level one minute later but his left footed shot was always rising over the bar.

That result means Chelsea are now 11 points off the league leaders Manchester City ahead of the Manchester Derby, while the Hammers now have 13 points but remain 18th for the time being.